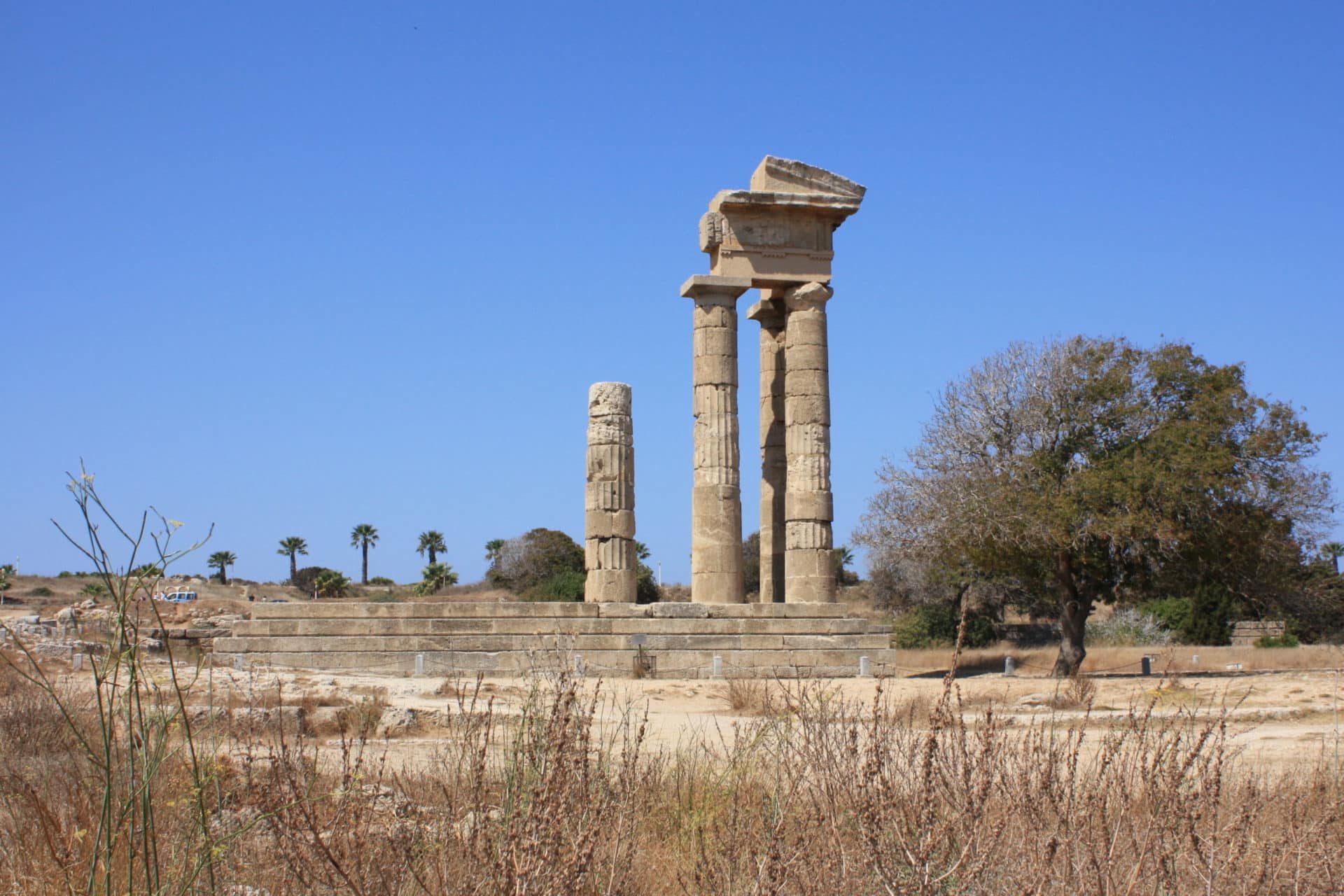 The temple of Apollo, located right on the northern tip of the island on the acropolis hill of ancient Rhodes, is a Doric style temple dating back from the Hellenistic period (3rd – 2nd century BC) that was excavated by the Italian School of Archaeology at Athens from 1912 -1945. Visitors can admire the few columns drums of the temple that stand still today as an indication of the original monumental character alongside with the surrounding ancient ruins on site as well as the ancient stadium of Rhodes with its’ small theatre located nearby.

The area that the ancient acropolis of Rhodes is located in is called Monte Smith and is named after the English Napoleonic admiral William Sidney Smith. Some modern historians claim that the Colossus of Rhodes, one of the seven wonders of the ancient world, was either placed here in Monte Smith or in the Old Town of Rhodes rather than the entrance of Rhodes harbor as it is often portrayed.