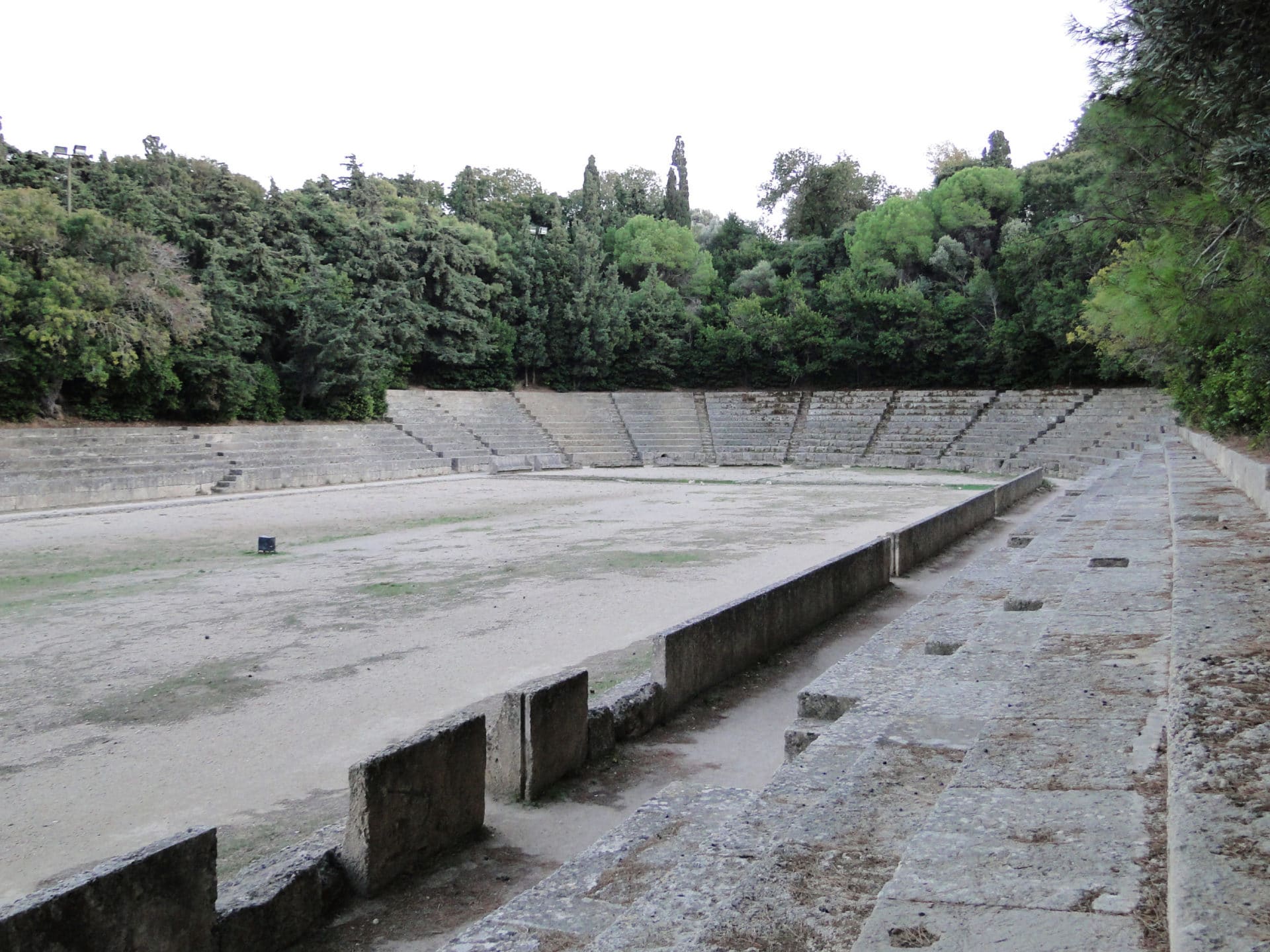 In the ancient acropolis of Rhodes visitors have the chance to admire the remaining of the ancient stadium of Rhodes, just next to the temple of Apollo. The stadium was estimated to be 600 feet / 210 meters in length with some of its part being preserved even today. More specifically the original surviving parts include the “Sphendone” (rounded end with turning post), the “Proedries” (the place where officials used to seat) and some of the lower seats in the auditorium.

What is remarkable is that the starting mechanism for the athletes has been preserved as well! In addition just a few meters away the gymnasium rests which was basically a massive square shaped edifice; archaeologists have managed to recover significant art works from this site. Unfortunately the entire Acropolis is yet to be excavated with an exclusive archaeological zone of 12,500 square meters being segregated from contemporary edifices.